Davis said after victory: “All those guys are easy work. I’m the top dog.” Despite this statement and the unanimous victory, he was not given any time to breathe against a tough opponent and an onslaught of pressure. The official scorecards were: 116-112, 115-113, 115-113.

Some feel like his management (Mayweather Promotions) are protecting him from opponents such as Garcia in order to keep the money rolling in. When asked about a potential match up with Garcia, Mayweather Promotions CEO (Leonard Ellerbe) said “No disrespect but the guys that you say are the big fights, they’re NOT big fights”.

Whilst Davis (26–0, 24 KOs) didn’t earn his 17th straight knockout in this fight, the fight was an excellent 12 round spectacle for the crowd and was his toughest test yet at this weight. As he apparently suffered a left hand injury during the fight. 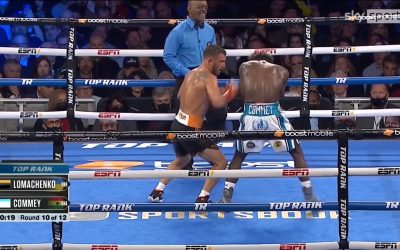